Forming Bonds with Friends and Family while Playing Tabletop Games

Playing games is a good way to celebrate and support each other.
Kristina Puga 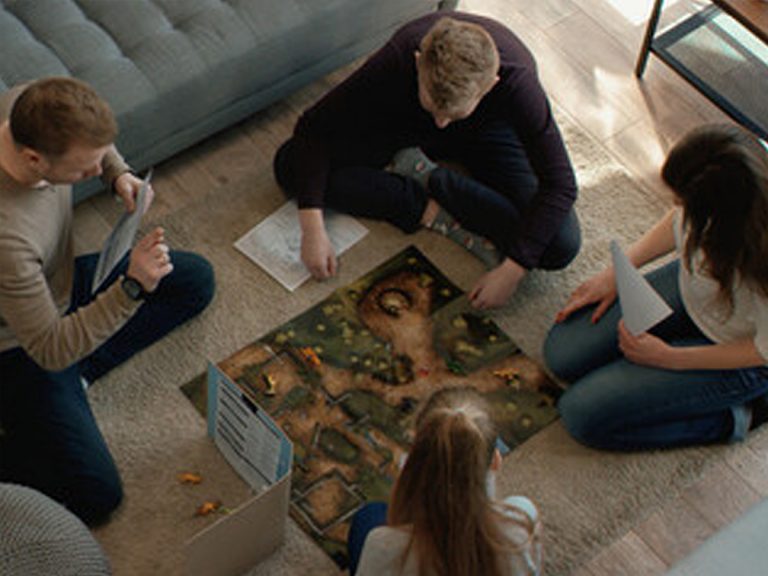 Growing up around a large family in Portland, OR, Ian Lawry understands the benefits of a strong sense of community. His grandma’s house was often the gathering place for many, including his many aunts and uncles, and cousins.

“I used to play cards and dominoes with my grandmother – great social games that don’t take a high level of thought – so you can have a conversation about other things while playing the game,” says Lawry.

He says his first jaunt at playing tabletop games was when he was about 19 years old. Now 37, he says he mostly plays Dungeons and Dragons – 5th edition, Path Finder – 2nd edition, Arkham Horror, and other board games, like Shadow Hunters.

“With a game like Dungeons and Dragons, it allows everyone to be peers at the table,” says Lawry. “A kid can play with an older person, and they are still equal at the table… Arkham Horror is really good, because you’re playing cooperatively against the game. You could play single player, but I think it’s best with three, or four, because you can cooperate with your friends over dinner or drinks.”

By day, Lawry is a mechanical engineer who makes robots for substation inspection, but during his free time, he makes sure to save a good amount of time for his friends to play games together.

“My friends and I try to play once a week at someone’s house,” he says. “Oftentimes, we’ll cook dinner or get something catered.”

During such a tumultuous time in the world, Lawry says games offer a form of escapism.

“You can create your own reality in these games,” he says. “You can escape politics and civil strife by setting your mind on the game world.”

He recounts how early on in the pandemic, he and his friends switched to virtual tabletop games, but he didn’t find the same satisfaction as playing in-person.

“[Playing online] kind of hurts the social experience, because only one person can talk at a time,” says Lawry. “You get a lot more accomplished in-person, so eventually, we switched back to in-person once the vaccines came out, but we still switch to virtual if someone’s car breaks down or something like that.”

For Lawry, playing games together helps foster a sense of community with friends and family, because you get to see people’s reactions and talk to them in person.

“You’re forming bonds with people,” he says. “When something epic happens in tabletop games, everyone celebrates – not something you can get with an online game…It’s a learning experience with everyone. Sometimes you get frustrated, and you get to share these feelings with your friends. It also helps you overcome boredom and gives you extra things to talk about with your friends.”

As people recover from life after the Covid-19 pandemic, and there is a mental health crisis happening all over the world, people need to have a sense of community more than ever.

“Talking to your friends opens up your perspectives. That’s how people learn,” says Lawry. “So, I think, if you’re really stuck in your own mind all the time, I think that could lead to depression much quicker than if you’re meeting with your friends and being social. It encourages critical thinking and is good for your mental health, in general, to spend time with your community and friends.”