For Karen Jones, playing tabletop games has been a good way to keep her family united and relieve stress.
Kristina Puga 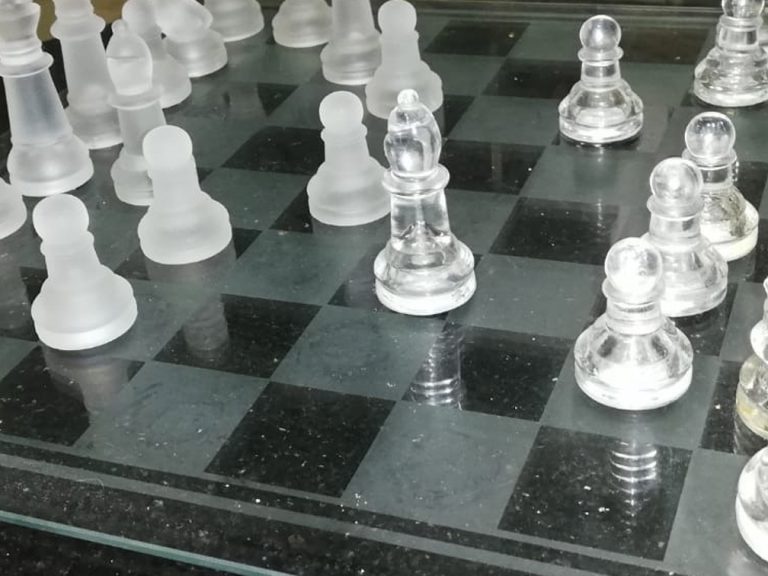 Not a single day goes by that Karen Jones doesn’t play a tabletop game with a loved one.

She played board games growing up, but she explains that it didn’t become a part of her daily life until she had her own family. Jones remembers fondly how her husband dedicated school mornings to teach their two kids chess when they were young. “He used to take turns with them one morning a week before school,” says Jones.

Now 61, Jones is a retired teacher living in Portland, Oregon with her husband. She taught Kindergarten and 1st grade for the past 20 years, and before that, she was a sign language interpreter for deaf children.

Before she retired, Jones says she would play games in the evenings to wind down before cooking dinner. Now, she says she and her husband often play a game at meals if it’s just the two of them eating lunch, for example.  Her adult son and daughter now live in California, but they still use games to bond with each other when they come to visit. “They’re always looking for games to give us,” says Jones about her grown children now.

Jones says the games she played with her own kids got more complicated as they got older and that she enjoys games that require skill and a little luck.

“I like games that have a certain number of rounds, not like Monopoly that can take forever,” says Jones.  She adds that she also likes Euro-style games which require the use of some strategy. “I like games that have some facts attached to them. I’m not a puzzle piece person, but the rest of my family is. Occasionally, we have played team games. We play a lot of card games too.”

The Settlers of Catan was a game that was in favor in her household, Jones explains.

“My husband and I got all the expansion packs for that one,” she says. “There’s an aspect of trading, and you have to interact with family members to make bargains, and trades, so arguments can ensue, or funny situations.”

Looking back, Jones believes that playing games has united her family over the years, and she’s so glad they started this pastime as a family.

“Games allow us to be focused on the same thing at the same time,” she reflects. “You’re not distracted by the television. Your attention is on each other and on the game. There is also often a lot of humor involved, and laughter.”

Jones says teaching during the pandemic was “brutal.”

“It’s hard to learn when you’re stressed,” explains Jones, who worked at a Title 1 school for low income students until retiring in June of 2021, adding her students had very little support at home. “It made the income gap all the more glaring.”

“Games take some of the stress off,” says Jones. “Whether it’s a math game or a spelling game, when you gamify things, it takes a bit of pressure off.”  She thinks perhaps using more games in the classroom could be explored.

She remembers how their game playing during the pandemic was practically non-stop.

“I think games have made a huge comeback. Maybe they were never out of favor, but I think more young people are more into them now. It’s a great break from the computer.  “In terms of a model, in our neighborhood there is a game store where you can try a game before buying it,” says Jones.  “There’s another place our niece took us to that is a restaurant/bar, and it is always packed.”